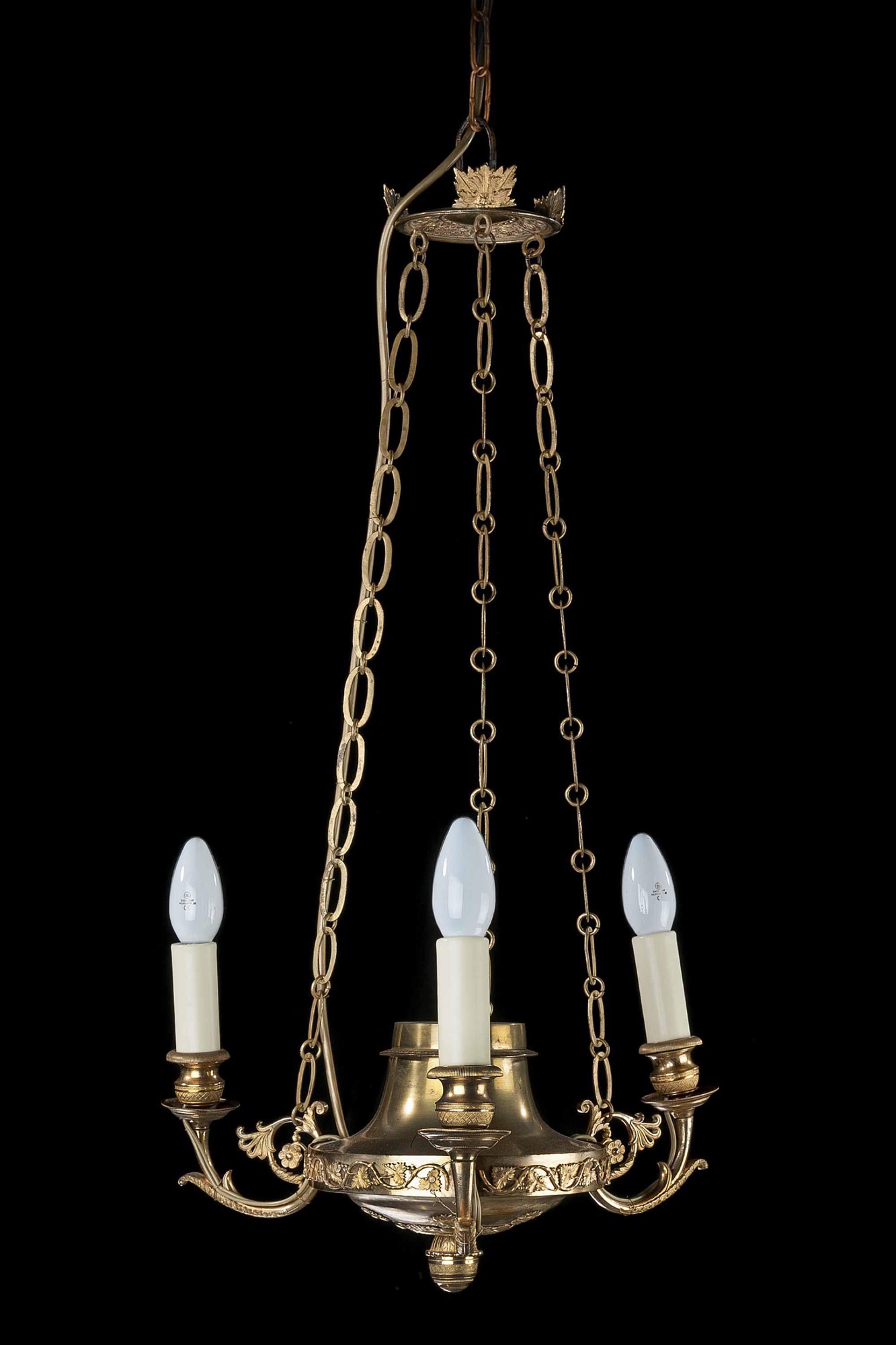 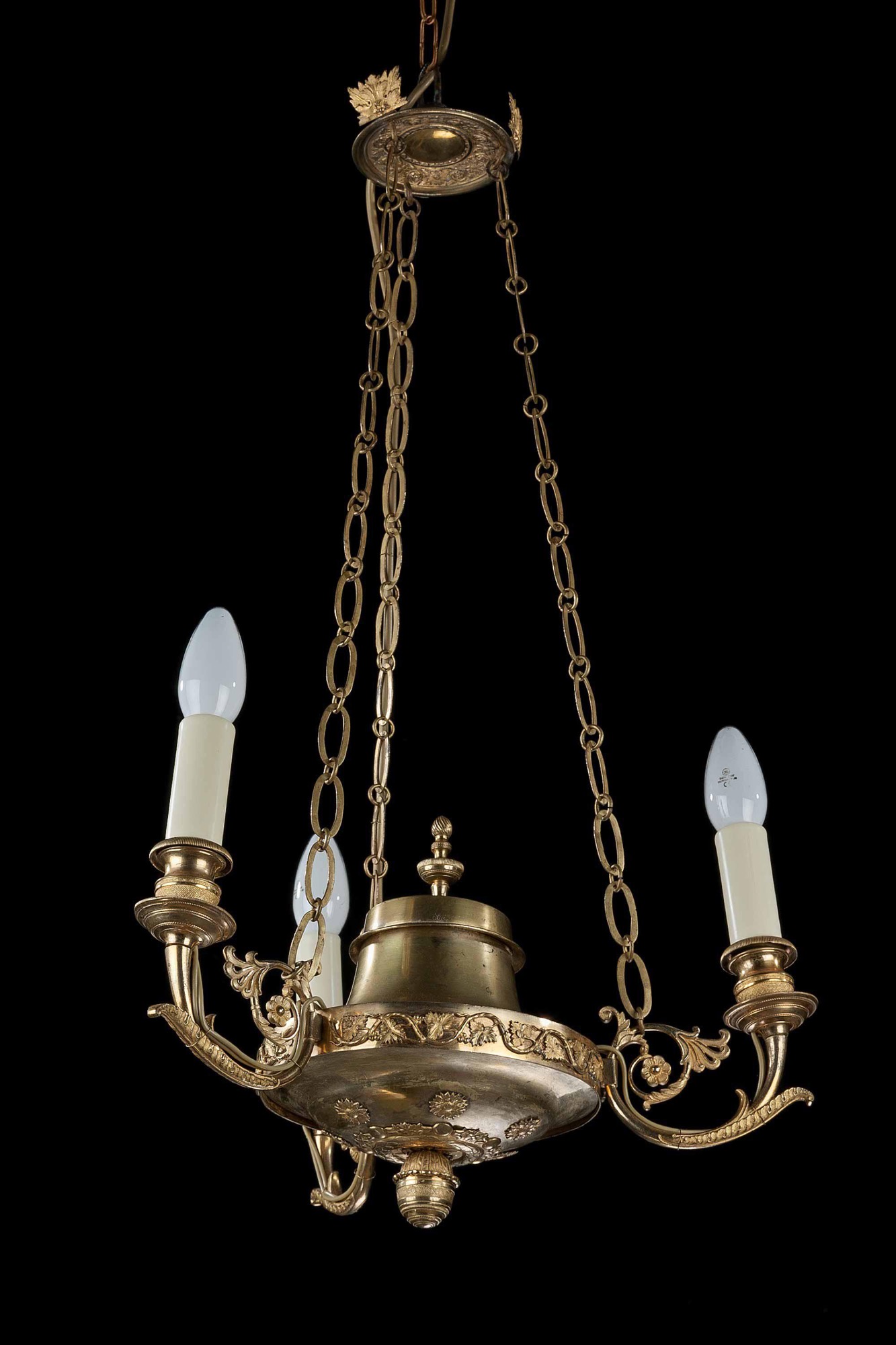 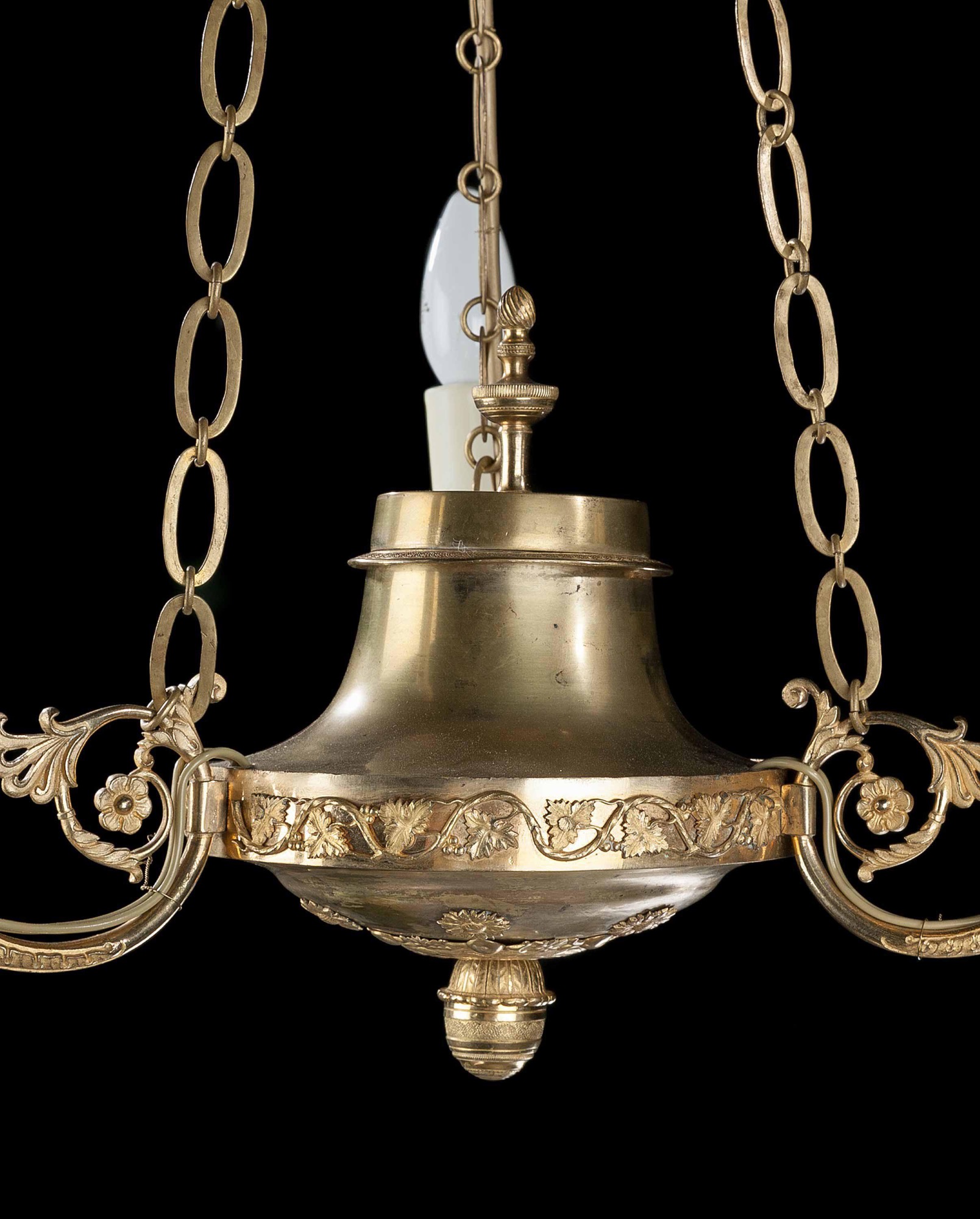 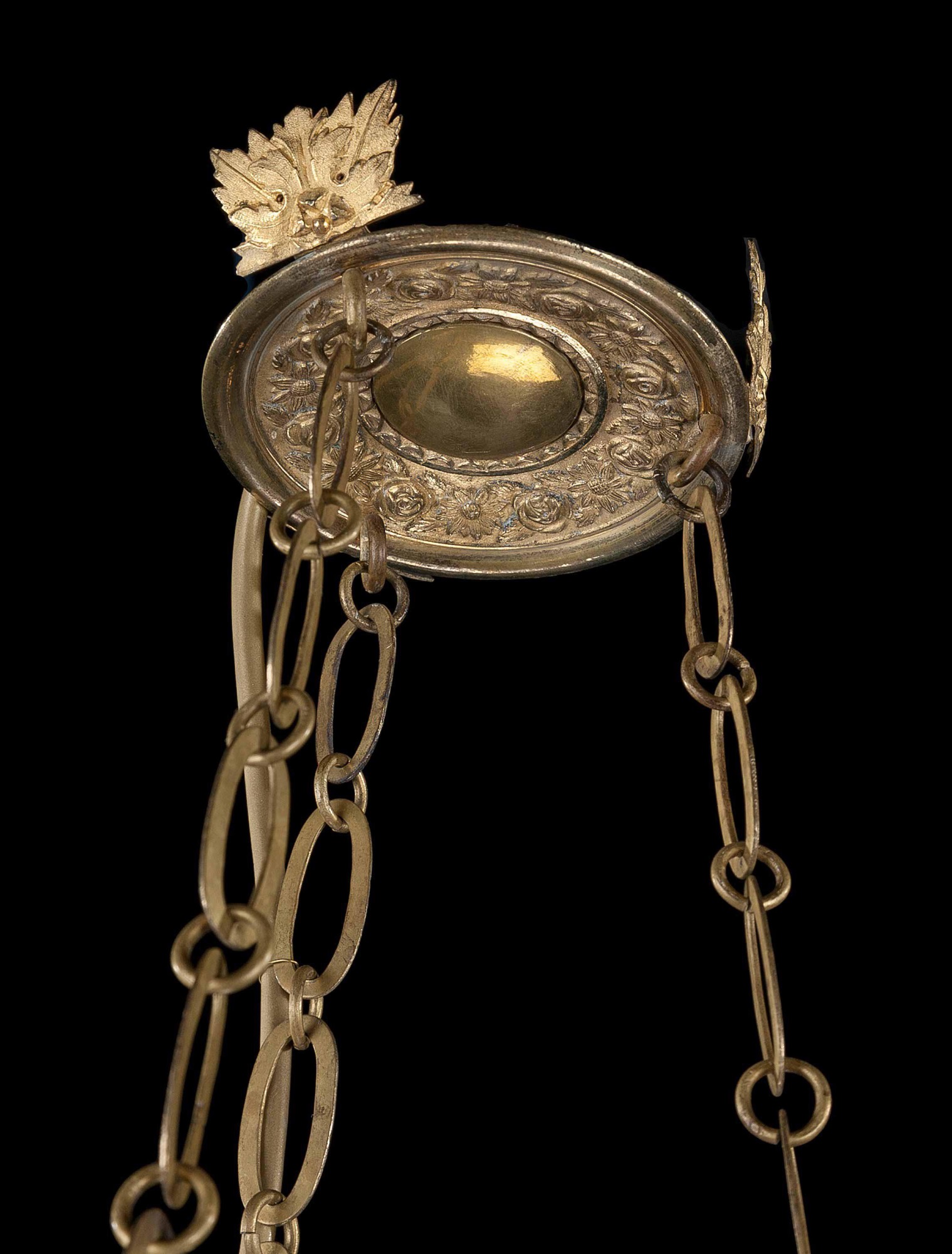 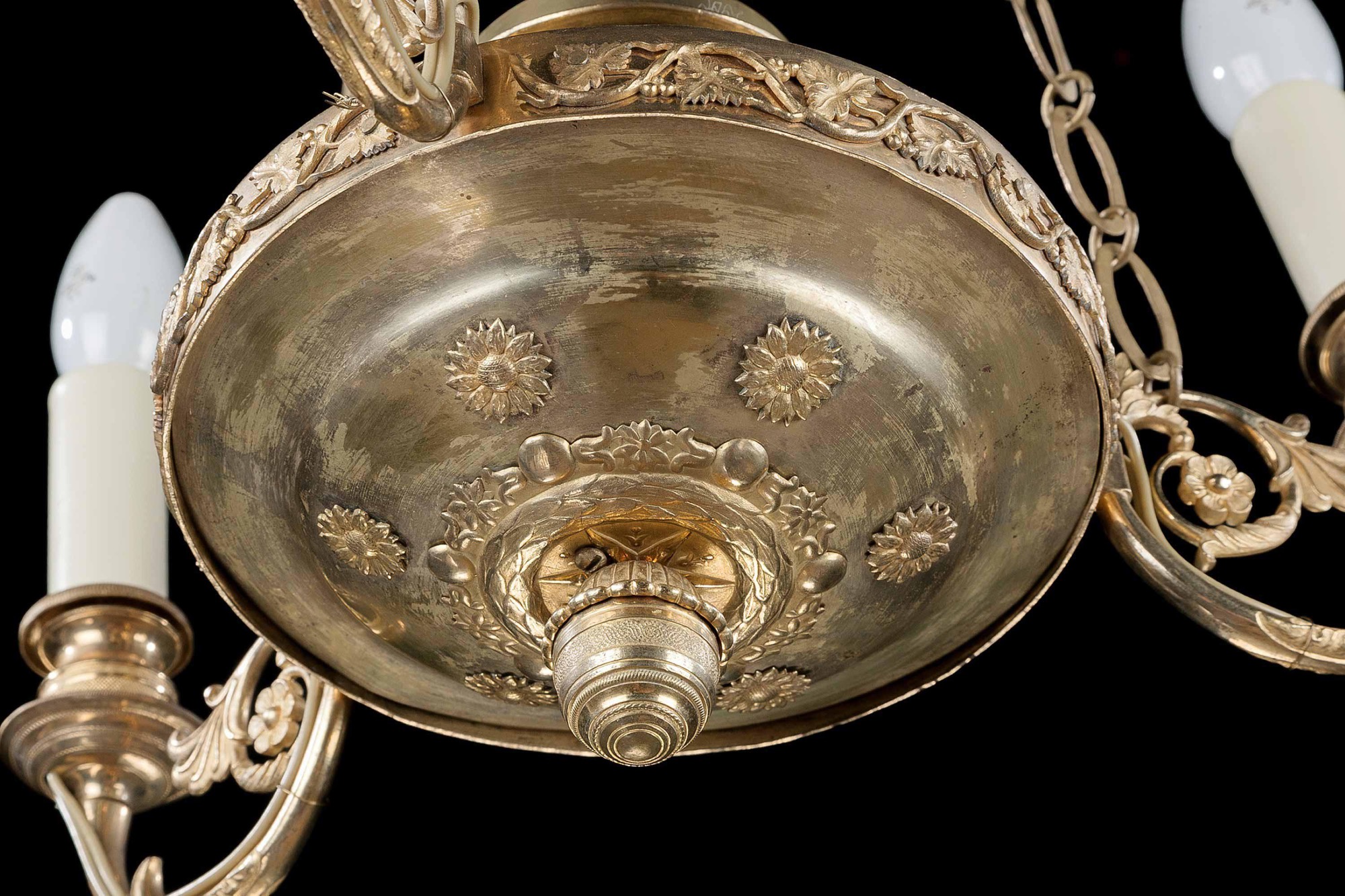 The earliest candle Chandeliers were used by the wealthy in medieval times. They were generally wooden crosses, with spikes on which candles were secured. They were hoisted to a suitable height, hooked on a rope or chain.
From the 15th century, more complex forms of chandeliers, based on ring or crown designs, became popular decorative features in palaces and homes of nobility, clergy and merchants. Its high cost made the chandelier a symbol of luxury and status.
By the early 18th century, ornate cast ormolu forms with long, curved arms and many candles were in the homes of many in the growing merchant class. Neoclassical motifs became an increasingly common element, mostly in cast metals but also in carved and gilded wood. Developments in glassmaking later allowed cheaper production of lead crystal, the light scattering properties of which quickly made it a popular addition to the form, leading to the crystal chandelier.
In the mid-19th century, as gas lighting caught on, branched ceiling fixtures called gasoliers (a portmanteau of gas and chandelier) were produced, and many candle chandeliers were converted. By the 1890s, with the appearance of electric light, some chandeliers used both gas and electricity. As distribution of electricity widened, and supplies became dependable, electric-only chandeliers became standard 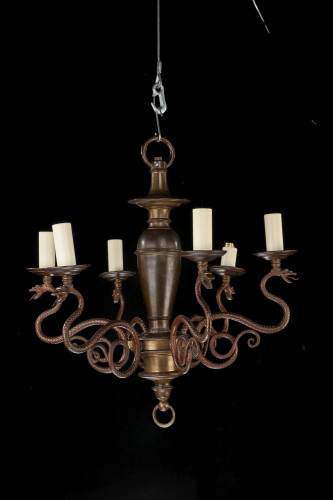 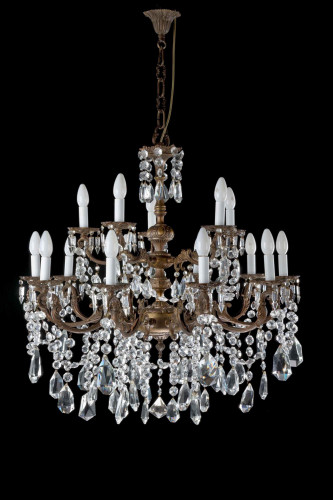 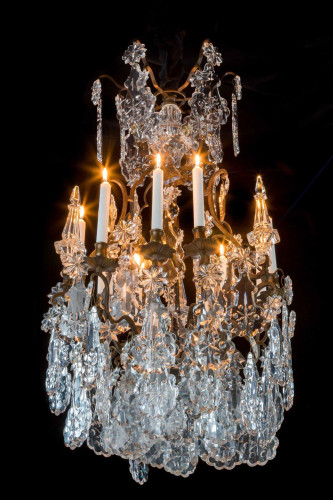 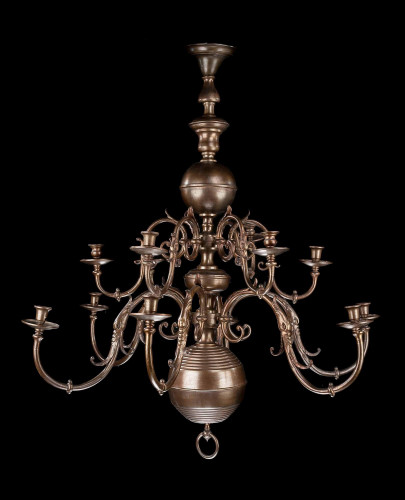 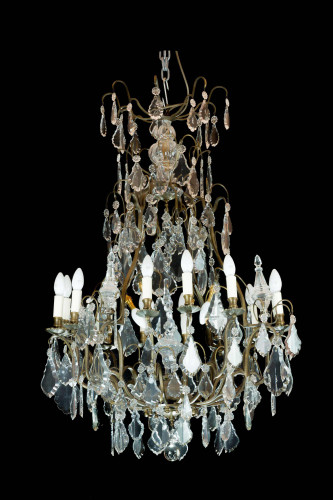 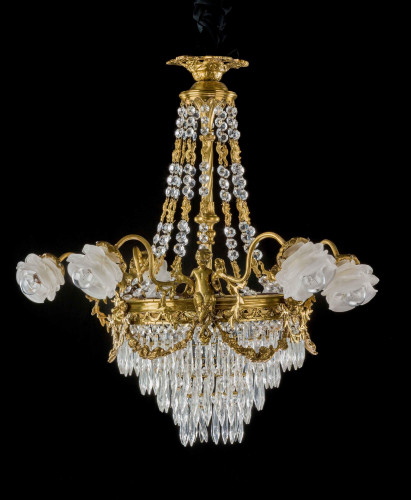 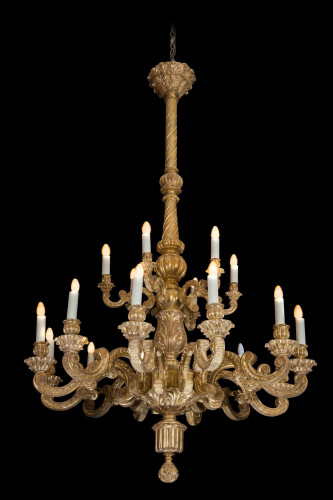 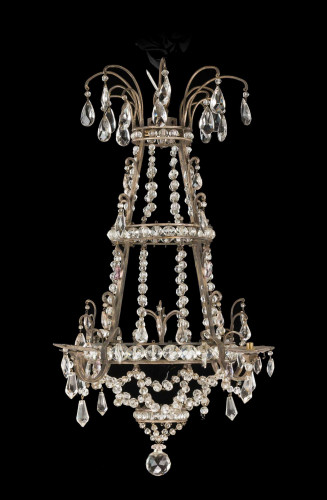 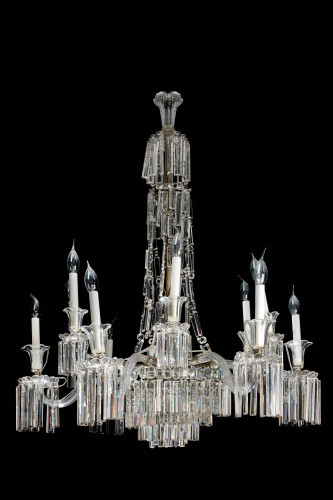 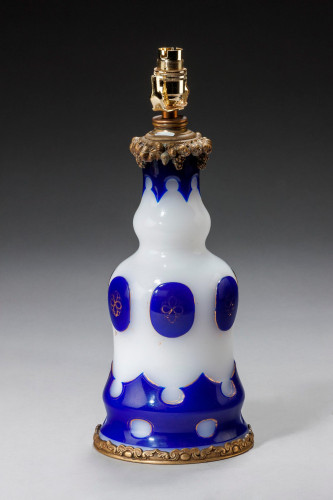